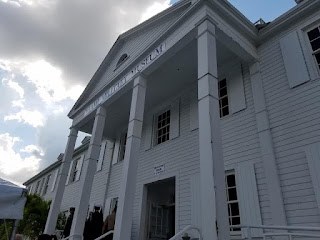 The last structure / building from the former U.S. Navy Naval Air Station (NAS) Richmond which open in support of World War II back in 1942. Bldg. 25 as it is known was used by the U.S. Navy, The CIA, Army and Marine Corp. Reserve Units in its days. Now its the site of the soon to be open South Florida Military Museum 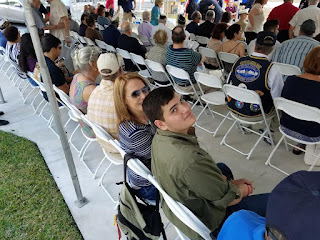 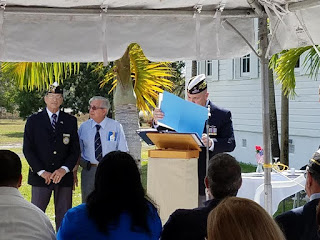 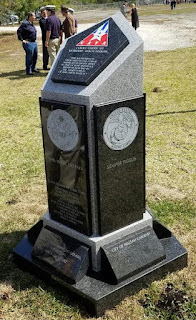 Shown in stunning display is the Cuban American Veteran Association (CAVA) monument on the ground of the Miami Military Museum (M3). The monument pays homage to those Cuban Americans who have served and dies in the service of the United States 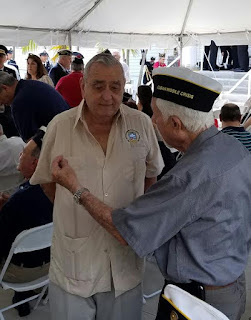 Shown in attendance at the event is Mr. Esteban Bovo a former B-26 Invader pilot who flew combat mission during the Bay of Pigs in Cuban. Mr. Bovo has graced the members of the AFA-317 in the past with his presence as he has been an honored lunch speaker

Miami, Florida 19th February 2017: The day was sunny and those in attendance on the grounds of the Miami Military Museum were excited to see the unavailing of the Cuban American Veteran Association (CAVA) newly established monument.
The Miami-Homestead AFA-317th Chapter was in attendance in representing the AFA to the greater Miami military community. Chapter members 2nd Lt. Xiomara Llizo and Cadet Master Sergeant Andrea Cruz of the Civil Air Patrol / USAF Auxiliary as well as former AFA-317th Chapter President Benny F. Benitez were present and observed the ceremony, as former USAF / Veteran, C-141 "Starlifter" aircrew member Mr. Marco Gorrin spoke at the ceremony and welcomed everyone.
Posted by AFA-317th Public Affairs Office at Monday, February 20, 2017