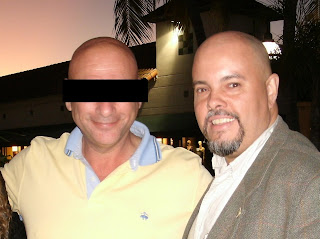 Shown from left to right is former Israeli Air Force A-4N Skyhawk Pilot and combat mission veteran "U" with AFA-317th Chapter President Benny F. Benitez. The AFA-317th may very well be the first ever AFA Chapter to have a world wide presence and members around the globe 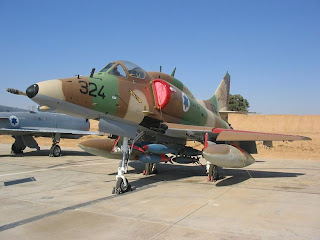 The McDonnell Douglas A-4N Skyhawk as shown at the Israeli Air Force Museum. The Douglas A-4 Skyhawk was the first ever modern Military Jet aircraft exported to Israeli from the United States, which open the doors to other aircraft such as the F-4 Phantom, F-15 Eagle and the F-16 Falcon 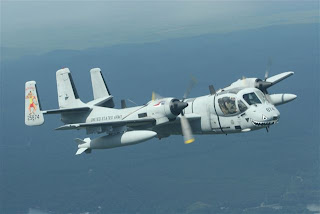 Another aircraft which few knew about being "leased" to the Israeli Air Force (IAF) by the United States was the Grumman OV-1 Mohawk, which was utilized for battlefield assessment. "U" who is shown above also flew one of the only two such aircraft leased and operated by the IAF during combat missions. According to "U" one OV-1 Mohawk was struck lighting while sitting at an IAF Base and destroyed, the second aircraft resides at the Israeli Air Force Museum

North Miami Beach 1st December 2009: Utilizing the international exposure and connections in which the 94th AeroClaims-Aviation Consultant Group maintains under the leadership and guidance of its Founder and CEO, Benny F. Benitez with Individuals, Companies and allied Governments world wide, these attributes shall be brought to bare for the benefit of the Miami Chapter of the Air Force Association. The 317th shall expand on an aggressive program in 2010 to locate and secure supporters and contributors outside the Continental Unites Stated (C.O.N.U.S) who are avid supports and beneficiary of U.S. Air Power.
One such contact and establishment shall be with the Israeli Air Force Center in Israel.
In his first month in office, the AFA-317th President, Benny F. Benitez has already called on and liaised with Israeli Air Force contacts both within the United States and aboard.
With the establishment of what being coined by the 317th as "Geographical Chapter Supporters" (GCS.s) for Companies and Governments and "Geographical Chapter Members" (GCM's) for individuals, the AFA-317th looks forward to an expanded global role unseen with the AFA community as whole in generating support. The mission for this global outreach effort is focused on the issue of raising and establishing a reserve of working fund for an aggressive educational support program for local South Florida area High Schools Jr. AFROTC programs and for the support of the University of Miami AFROTC program Detachment "Det 155".
Posted by AFA-317th Public Affairs Office at Saturday, December 12, 2009