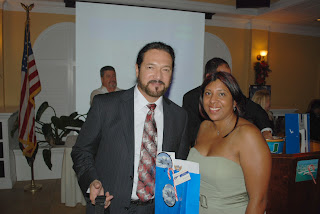 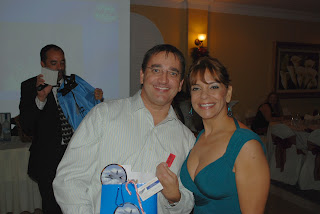 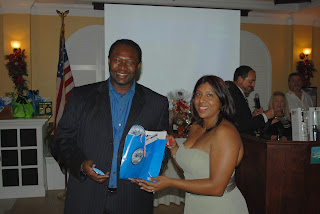 Miami Springs, Florida 10th December 2009: The Miami Air Force Association 317th Chapter made a Holiday presentation at the annual Miami Maintenance Management Council Christmas Party thus providing Holiday AFA gifts bags as party door prize. The gift bags included a copy of the AFA December Magazine, dinner gift certificates to local restaurants and a complementary one year individual AFA membership. The winners shown above represent three major cargo airlines based in Miami and future supports of the AFA-317.
From top to bottom are cargo airline representative from DHL Cargo, AmeriJet and Florida West. Among the winner was Mr. James Celluar, PowerPlant Manager for DHL Cargo and a USAF Veteran who served as an F-4D Phantom engine jet mechanic and looks forward to becoming a supporting member of the 317th. The leadership at the 317th looks forward to hopefully securing DHL as one of their major corporate aviation sponsor. In attendance both enjoying the festivity and proudly representing the AFA 317th Chapter was President, Benny Benitez, Chapter Secretary, Catherine Smallwood, Chapter members Stan Bodner and Konrad Walter, President of Complete Turbine Support.
Posted by AFA-317th Public Affairs Office at Wednesday, December 16, 2009