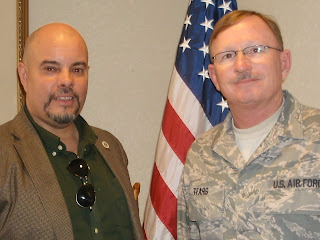 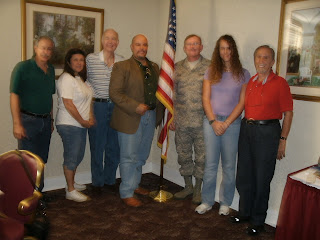 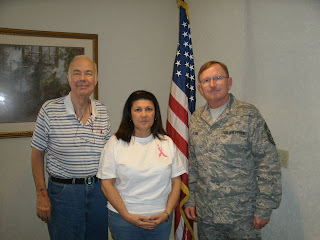 
Homestead, Florida 6th February 2010: (Homestead Air Reserve Base) "Consolidation" is a buzz word that is often heard within corporate America, especially in these tough economics times and one that is now applying true toward the Air Force Association Chapters of South Florida.
Like most companies or corporations, consolidation is a virtues of shear survival so as to preserve what has been created by one party and to enhance another for an overall good.
With that said, the leadership of the Miami 317th Chapter and the Homestead 385th Chapter, the two Southern most Air Force Association Chapters within the Continental United States met to discuss a seamless blend of the two for the overall good of the Air Force Association.
The Homestead Chapter, the 385th has in the past years has experienced a slow down and despite the tremendous effort that the leadership at the 385th has done, the time has come to join forces with its neighbor at the 317th. For the past few years and despite the woes of the global economical down turn in 2009, the 317th experienced slow growth, but growth nonetheless and its membership forecast for 2010 / 2011 looks strong with a 1st quarter in 2010 of seven (7) new members. With its newly installed leadership of local aviation business personal with a pure entrepreneur business mind set, the 317th welcomes and see the possible merger with the 385th once approved and sanction by the State Leadership an asset to growth.
This pending merger shall place the 317th with a rank and file of about 550 plus members, elevating it to a "large" Chapter status which shall include the Common Wealth of Puerto Rico. The name once consolidation has been achieved, shall be "The Miami-Homestead", 317th Air Force Association Chapter.
Posted by AFA-317th Public Affairs Office at Sunday, February 07, 2010