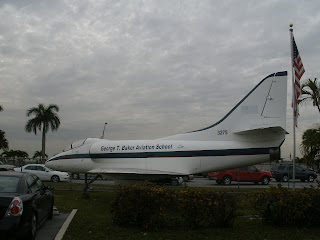 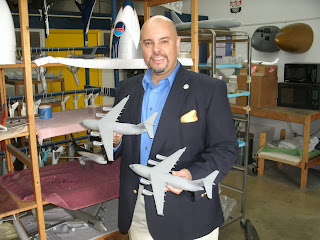 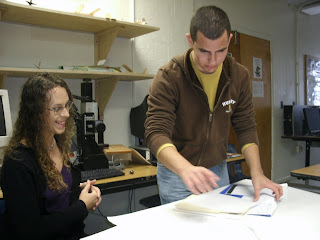 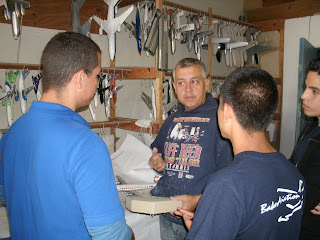 Master Model Maker and Designer Mr. Gino Galvez of Atlantic Models meets and briefs the students of George T. Baker Hydrogen Powered UAV project on the concept of selecting the proper materials for creating the UAV main body and airfoils, as well as the proper procedures for model production 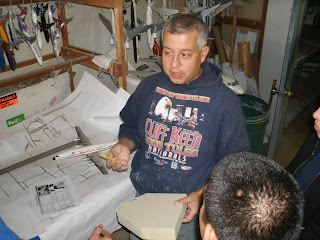 Mr. Galvez who was recently recruited as AFA-317th member and deemed the Chapter official aerodynamics model maker speaks to the George T. Baker Students about the utilizing the correct adhesives and bonding agents when work with EPS type foam as shown holding within his hands 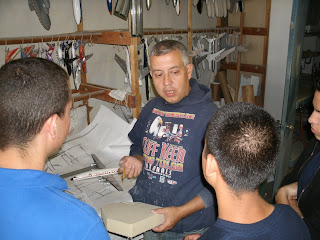 Not shown in these first set of photographs is Gino brother, Miller Galvez who is also a Master Model Maker and whose talents and that of Atlantic Models, which headed up by Roger and Carol Jarman have produced untold numbers of aircraft models for the USAF for nationwdie displays and presentations. Our thanks to Atlantic Models for their support toward the future of our Nation Air Power and the education of our Students

Miami, Florida 3rd March 2010: The 317th once again is taking a head role concerning the aerospace education of our local students here within South Florida. Each year the Chapter holds a "Teachers Workshop" where local science teachers are exposed to certain aerospace issues and materials so that they could take back to their classroom for the benefit of the local student body and their introduction and continuance toward aerospace studies.
This year, the the 317th or as it is becoming to be known as the "Relevant Air Force Association Chapter" is taking a new and fresh approach. With the help of local organizations like the 94th AeroClaims-Aviation Consultant Group, the Digital Aircraft Factory and Atlantic-Models, the Chapter is looking to mentor, foster and support a team of outstanding students who attend the George T. Baker Aviation School of Miami in a cutting edge project.
The students shown above are under the direction and leadership of their teacher, Mrs, Noami Pascual. They are to take on the task of creating a hydrogen powered U.A.V for a State competition.
Two out of the five students who make up the group are members of the 319th Civil Air Patrol Squadron, based in Miami Springs, Florida and all show great interest and ability in aviation and aerospace studies. The 317th shall be a strong advocate and supporter of this project and through its Chapter leadership of which all are known and respected professionals within the aviation / aerospace sector of the Miami business market, the students look forward to tapping an cumulative and combined experience pool of well over 80 years, ranging from commercial airline maintenance, regulatory, aircraft design, flight instruction and military test flying. The 317th shall continue to report on this topic as the project progresses during the course of the year.
Posted by AFA-317th Public Affairs Office at Thursday, March 04, 2010