Air Force Association Miami-Homestead Chapter, The 317th Is Now The Only AFA Chapter Present At The Most Historical Sea Plane Base Within The U.S. 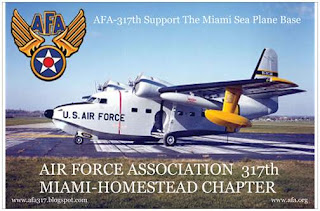 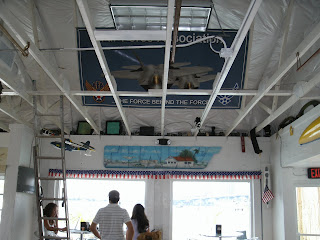 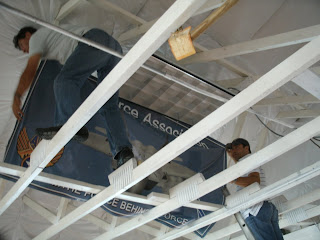 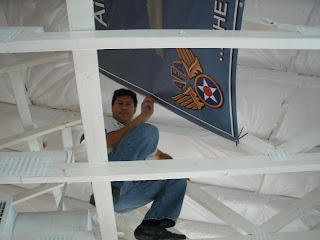 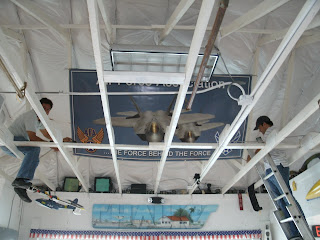 Miami, Florida / Watson Island 18th June 2010: Always thinking outside of the box, the leadership of the AFA-317 are always seeking to establish new venues and relationships with local business to help promote the AFA and the USAF.
That mission has been achieved with the AFA-317 new relationship with the Waston Island Sea Plane Base in Miami, Florida. Officially known on the aeronautical charts as X-44, dating back to the 1930's this site is the oldest operational sea plane base within the U.S. The former home of Chalk's airlines who operated at the site in providing commercial flights to and from the Bahamas, Watson Island is a little unknown aviation treasure of American aviation history.
The AFA-317th appears to be the ONLY Chapter within the entire AFA organization that now has an established relationship and presence at and active and historic Sea Plane Base.
It should be noted that the USAF at one time successfully operated amphibian aircraft's such as the Grumman Albatross in the Search and Rescue (SAR) role in picking up down aircrews, which was instrumental during the Vietnam War within the South China Sea and the Mekong Delta water ways.
The Grumman Goose, N119AA based at Watson Island is but one of the many variants that the Grumman Aircraft Company created and kept increasing the design that ended with the Albatross version, which was successfully used by the USAF and USCG.
Posted by AFA-317th Public Affairs Office at Sunday, June 20, 2010