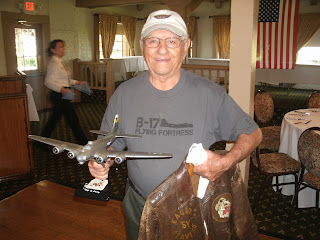 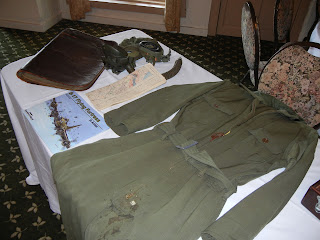 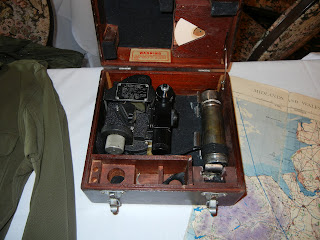 Days before GPS, B-17 crewmen such as the crew Navigator used this type of Sexton  and map shown to plot their course. The unit is shown within its wooden box with all accessories 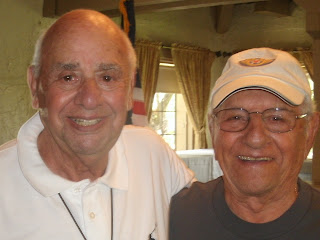 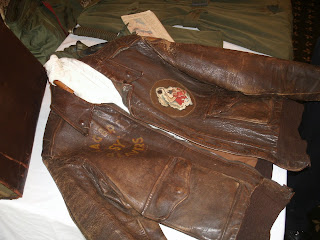 "Sy" USAAF A-2 leather flight jacket. Sy advised that before leaving Brooklyn, New York, "Sy" Mother gave him his first skill scarf for luck of which he wore on ALL 35 Missions! and made it home safe and alive.  One can not dispute a Mother love for one safety 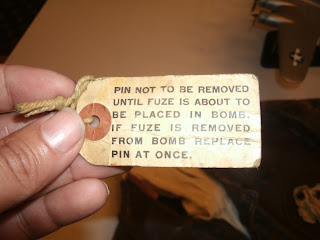 While viewing "Sy" A-2 leather flight jacket this tag was found tucked within the inner liner pocket with a metal cotter pin. When we asked "Sy" he said that this tag shown above, belong to the last 500 lbs bomb that he armed before dropping over Germany on his mission of the Second World War 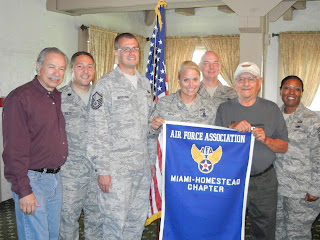 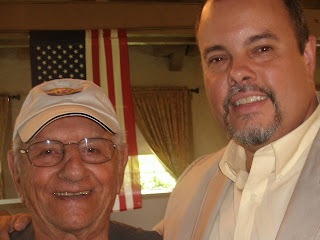 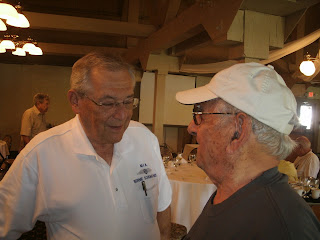 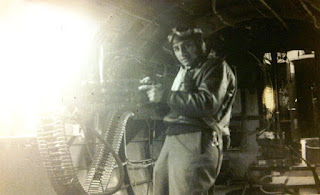 Combat Crews if of the 368th Bombardment Squadron (H), of the 306 Bombardment Group (H) Thurliegh Airfield

Miami, Florida 10th May 2012: The AFA-317th Chapter was honored by having a very special guest speaker during their scheduled May luncheon. Brooklyn, Born Seymour "Sy" Shweky a former World War Two, Boeing B-17G crew member belonging to the 368th Bombardment Squadron (H) / 306th Bombardment Group (H) 8th Air Force based in Thurliegh Airfield, England who flew 35 Combat missions over Nazi held Europe gave all who attended a brilliant experience to hear it from someone who was there.
The effort to have brought such a special speaker to the Chapter was the joint effort by former Chapter President Benny Benitez and Chapter member Mr. Avi Mizrachi who is a friend of Mr. Shweky.
"Sy" gave all present an indepth insight as to what the American mind set was back in 1940's. Right after the attack on Pearl Harbor, "Sy" felt his patriotic duty to answer the call to serve, but being only 17 years ago at the time he was too young to enlist. A year later the U.S. War Department lowered the enlistment age and with the approval of his Mother "Sy" wanting to avoid the general draft and who wanted to specifically service as a flyer, enlisted within the U.S. Army Air Corp and was piped into the Radio Man / Waist Gunner classification for training.
"Sy" was assigned to crew a B-17 with the 368th Bombardment Squadron (H) / 306th Bombardment Group (H). "Sy' account and recollection was amazing, giving us all a riveting insight in imagining as to how it would have been to have been flying an actual combat mission over Nazi held Europe within a B-17.
We all learned as to how in those days B-17 radio-operators were in such high demand and a critical part of the crew. 'Sy" expressed as he was at times shuffled around from crew to crew to fill the space of crews who radio-operators were sick, not yet reported for duty or who may have been killed in previous missions.
This exact requirement is what appears to have saved "Sy" life as there was one mission that his original crew was scheduled to fly, "Sy" was substituted due to "crew rest time" requirements, as he flew two prior missions with another crew while his crew was schedule for ground time. "Sy" original crew departed with another radio-operator and were lost on that particular combat mission.
Only one crewmember was able to bail out and parachuted over Nazi held Europe and served the rest of the war a prisoner of war and at the end of the war was later re-repatriated and he "Sy" were the only ones who survived the war and their B-17 days.
We at the AFA-317 salute Mr. Seymour "Sy" Shweky for his service toward our great Nation.
It should be noted that the AFA-317 is working with the local French consulate, as "Sy" qualifies for a French issued medal by the French Government for all those U.S. and Allied servicemen who helped liberate France either by land, by sea or by air.
We a the AFA-317th shall report further on this great recondition toward a great American!
Posted by AFA-317th Public Affairs Office at Friday, May 25, 2012