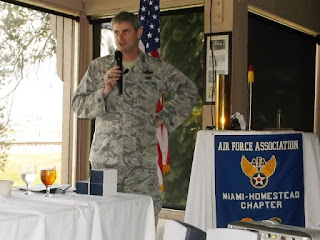 Major General Michael Plehn, USAF Chief of Staff, U.S. Southern Command speaks about U.S. Air Force Special Operation history and its current role as the tip of the spear for our nation defense 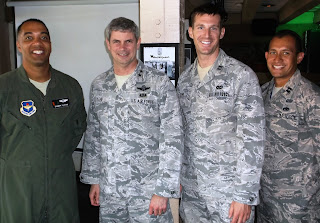 Shown with the General are the staff leadership at the University of Miami U.S. Air Force ROTC, Detachment (DET) 155. Shown from left to right are Lt. Col, Ingram Det. Commander, General Plehn, Capt. Kemp and Capt.Rojas. Capt. Rojas grew up in Miami, Florida 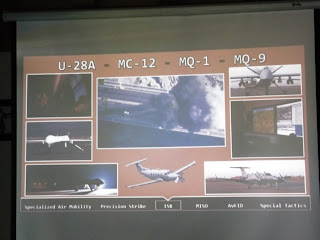 One of General Plehn slides from his amazing presentation on the many functions and capabilities within the U.S. Air Force Special Operation Command of which UAS / RPA play a big factor 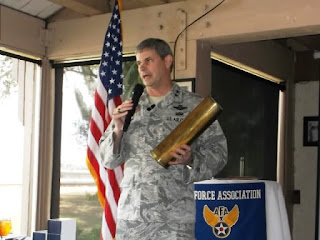 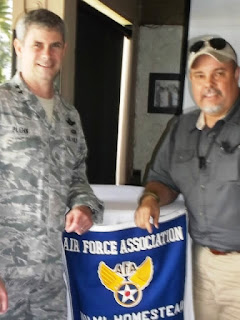 Shown here with past AFA-317th President Benny F. Benitez, the General poses for a photo with the 317th Chapter call letters and colors. It should be noted that General Plehn is a Miami hometown boy, as he as raised and attended grade school here in Miami, Florida