Air Force Association Miami Chapter, The 317th Visits The Kendall Regional Airport Memorial To The Bay of Pigs A-26 Invader 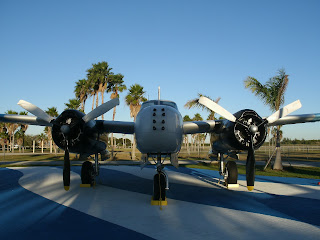 The Douglas company began delivering the production model A-26B in August 1943 with the new bomber first seeing action with the 5th Air Force in the South West Pacific theater on 23 June 1944, when they bombed Japanese-held islands near Mankowari 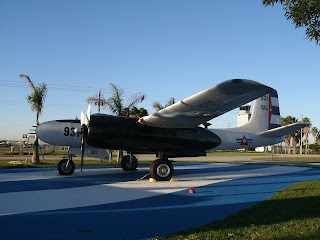 The redesignation of the type from A-26 to B-26 has led to popular confusion with the Martin B-26; Although both types used the R-28000 engine, they are completely different designs 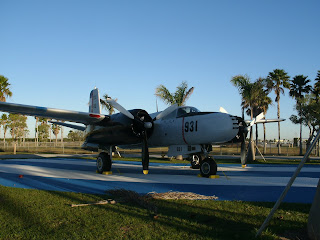 In early 1961, about 20 B-26Bs, most converted from B-26C configuration, were 'sanitized' at Duke Field (aka Auxiliary Field Three at Eglin AFB). They had defensive armament deleted, and were fitted with the Eight-gun nose, underwing drop tanks, rocket racks, etc. 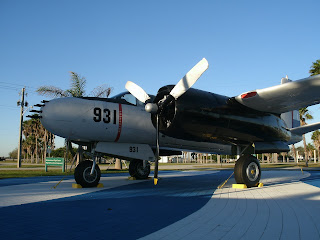 Miami, Florida 27th January 2010: April 15th the day we here in the States all known as “Tax Day” — the day we must all have our income tax forms filed with the IRS. In 1961 this day became infamous as this was the day the Fuerza Aérea de Liberación (Liberation Air Force) launched an aerial attacks against the Cuban mainland utilizing eight Douglas twin engine A‑26 Invader aircraft, thus began the Bay of Pigs Invasion (La Batalla de Girón, as it is known in Cuba). Controversy exists today regarding CIA and other US governmental assistance and that will be left to others for essay as well as heated discussion. There is no controversy that many were lost, on both sides.
But regardless as to how history may have embraced this event, the fact of the matter is that history for these two Countries the United States and Cuba was written with a U.S. Air Force aircraft, the Douglas A-26 "Invader".
Shown above is the new and wonderfully constructed memorial at Kendall Regional Airport (KTMB) which pays honor to the men who trained and flew the venerable A-26 Invader, as this article pays homage to the aircraft. Chapter President Benny F. Benitez view this memorial and was pleased to see the overall condition of the aircraft. Despite the humid and corrosive condition to aircraft that is South Florida, aircraft "931" appears to be cosmetically in great condition.
Having a Chapter member, Mr. Stan Bodner who flew A-26's in Germany in the 1950's, the 317th hopes to hold a seminar on and about the aircraft at the site for the benefit of local Civil Air Patrol Cadets and the public in the months to come.
Posted by AFA-317th Public Affairs Office at Thursday, January 28, 2010