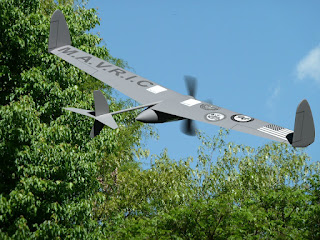 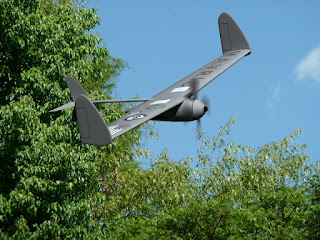 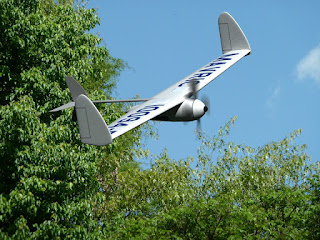 Meant to be field disposable if lost or damaged in use. Fully lippo battery operated with an effective range of  two mile from the operator at and altitude of 1,000 feet

Miami, Florida 2nd July 2012: "Here Comes The Drones" Appears to be the slogan for the future of modern warfare and civil policing within the 21st Century. AFA-317th member and former Chapter President, Benny Benitez who is establishing himself and his organization known as the 94th AeroClaims-Aviation Consultant Group as the premier aviation consultant group within Miami, Florida with the greatest amount of knowledge concerning drones and UAV's has completed initial designs for a small, portable, hand held-hand launched, field disposable mini UAV to be to classified as "MAVRIC".
MAVRIC stand for "Miniature-Air-Vehicle-Recconnaissance-Intelligence-Collector".
The idea came to Benny when realizing that today drones which are being manufactured always seem to be large vehicles with complex operational support systems and structured with tremendous cost to Federal, State and Local Government Agencies and often out of the budgetary reach of many small Law Enforcement Departments.
As a 2010 graduate of the FBI Citizen Academy Program and currently attending by invite the Miami-Dade Police Department Citizen Academy Program, Benny is obtaining a solid and special prospective into Law Enforcement / Surveillance while all the time blending his long and established career within aviation and aerospace, which has led to his creation of the MAVRIC.
Benny plans to create a flying prototype by years end and has consider utilizing the Students at the George T. Baker Aviation School as another sponsored Community Project of which will see the AFA-317th lead the way and which already has the interest of Captain Barrington Irving organization known as "Experience Aviation" concerning exposing young kids and adults to aviation.
As the motto goes, the AFA-317th American Relevant Air Force Association Chapter. It should be noted that the idea of M.A.V.R.I.C was visually brought to life by Miami-Homestead Chapter member, Ms. Catherine Smallwood who is well versed in the use of Hollywood grade, visual special effect, digital rendering software known as "LIGHTWAVE 4.0". Catherine who herself if a professional Commercial airline pilot brings here expertise to Benny's idea, truly the AFA-317th is a creative and innovative Chapter.
Posted by AFA-317th Public Affairs Office at Saturday, June 30, 2012