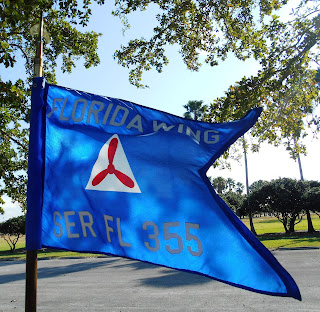 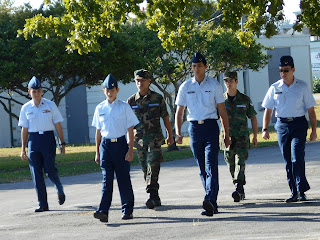 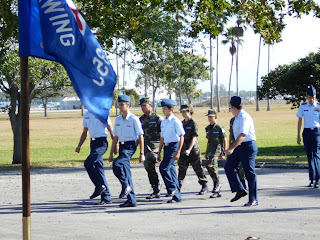 The Cadets range from the ages of twelve (12) years old to eighteen (18) years of age. After the age of eighteen (18) a Cadet then is considered a "Senior Member" and Adult of the organization 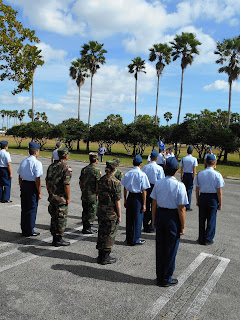 Miami, Florida January 22nd 2015: The Air Force Association Miami-Homestead AFA Chapter 317th is commencing the new year (2015) with an effort to reach out and establish strong ties with the local Civil Air Patrol Squadrons of South Florida. Appointed as Vice President of Special Project for the Chapter, former Chapter President Benny F. Benitez has taken the lead in establishing initial ties with the Civil Air Patrol by reaching out and visiting the Tamiami Composite Squadron, the 355th which meets and is based out of Tamiami Regional Airport (KTMB).
Benny visit was merely to extend a formal greeting from the Chapter President Lt. Col Rodrigo 'Rod" Heute USAF (Ret.) to the leadership of the 355th and report back to the Chapter on his findings and contacts so as to establish an effort to create a link and support by and between the two organizations. During the visitation to the 355th drill day of which they, both the Cadets and Adults meet on Saturdays, allowed Benny to view the Cadets in action and meet the various individuals who make up the leadership at the 355th. The AFA-317th looks forward toward a productive year as they commence the bond to help support the Civil Air Patrol.