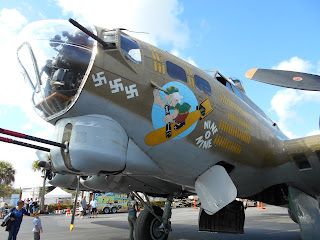 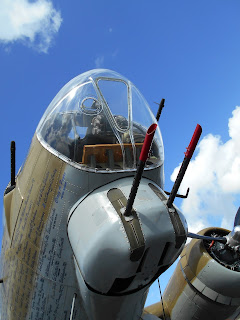 The Boeing B-17G model "Flying Fortress" was distinguished by its nose section chin turret which help fend off attacking aircraft from a frontal position, which was a know means of attack by the German Luftwaffe pilots of World War II 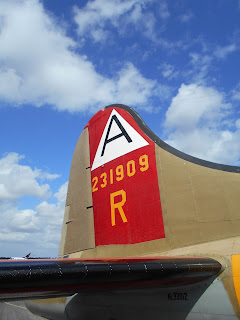 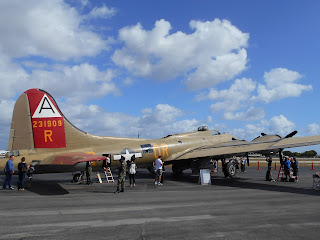 A proper side view of the Boeing B-17G. Note the height and size of the tail which help in the steering, the yaw effect of the aircraft operational flight characteristic 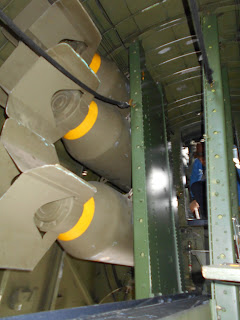 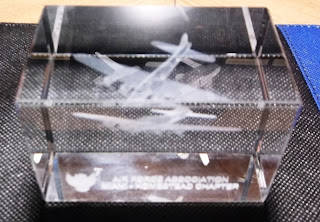 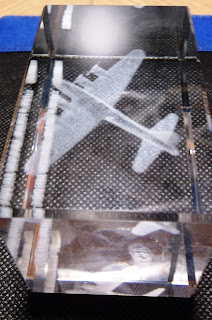 Fort Lauderdale, Florida February 1st 2015: The Boeing B-17 bomber was known as the 'Flying Fortress" due to the amount of the defensive guns it had so as to protect itself from attacking, enemy fighter aircraft's. The early models of the B-17 to the last production model known as the "F" model saw many changes and improvement. One such improvement was the installation of chin mounted 50 caliber guns which was incorporated into the "G" and afterward.
The Air Force Association Miami-Homestead Chapter AFA-317 has adopted the B-17 as its mascot aircraft to represent the Chapter who motto is "The Most Relevant AFA Chapter". When the AFA-317 has invited, special guest speakers at their monthly luncheon, as a sign of  their appreciation to the speakers, the Chapter presents speaker with a laser engraved B-17 within a clear acrylic block.