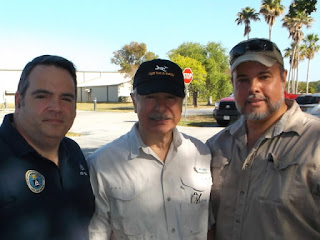 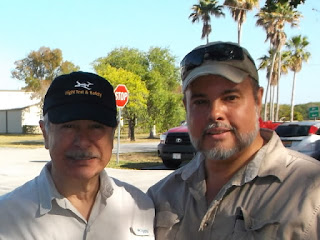 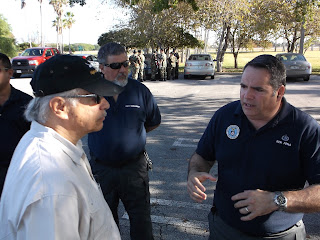 CAP-355th Commander Pena explains to Lt.Col Huete USAF (Ret.) the core mission of the Civil Air Patrol and the benefit that it brings to the young Cadets and the inner make up of the Squadron as a Composite Squadron with adult members as well 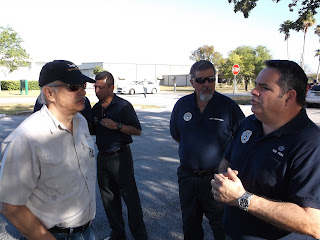 With full attention, AFA-317th President Lt.Col. Huete USAF (Ret.) listens to CAP-355th Commander Pena explain what would be some of the issues that both organization could work in support of aerospace education among the Cadets and as to how maybe the AFA-317th could assist with a few material needs to help improve their overall training


Miami, Florida January 31st 2015: Based on the recon information in which the past Chapter President Benny F. Benitez was able to obtain and thus provide to Chapter President Lt.Col. Huete USAF (Ret.) from his 22nd January visitation to the CAP-355th, Lt. Col. Huete paid an official AFA-317th visitation to the leadership of the 355th.
The members of the CAP-355th were delighted to have the AFA-317th leadership come out and meet with them, as based from their remarks, the CAP-355th had always wanted to reach out to the AFA but had no idea as to or to whom they would contact. The meeting by and between the CAP-355th and the AFA-317th lasted for about an hours and half and it allowed both groups to learn about each other and in the end it was relived to both of them that they share the same mission statement to foster, encourage and support aerospace education among young American students. The Miami-Homestead AFA-317th looks forward toward a positive and productive year to work and support the Civil Air Patrol. Benny has proposed to Lt. Col Huete about having the CAP speak at one of the upcoming luncheon meetings this year.
Posted by AFA-317th Public Affairs Office at Sunday, September 20, 2015