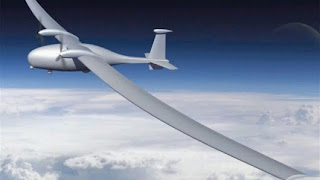 Shown above is a Boeing example of an experimental Hydrogen Powered UAV aircraft which the students at George T. Baker Aviation School have inspired to built their own design and concept for competition within a Florida State Science competition. The AFA-317th currently is the major contributor to the project and will rally and provide further community support from within the Miami aviation industry for the students 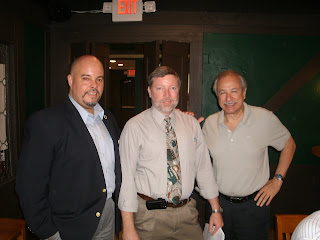 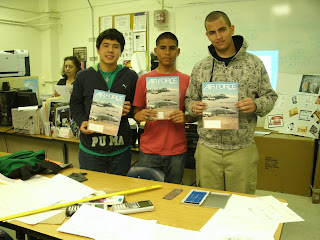 George T. Baker Aviation School students and project team members proudly hold up and display the the Air Force Association March 2010 magazine which the AFA-317th provides in numbers to the student body and foster a strong Air Force / Air Power presence among the school students.

Miami, Florida 11th March 2010: "Relevant" is the new adopted word within the AFA-317th Miami-Homestead Chapter. Under the leadership of its Chapter President, Benny Benitez and through his aviation consultant firm, the 94th AeroClaims-Aviation Consultant Group and its subsidiary, the Digital Aircraft Factory, which is overseen by Ms. Catherine Smallwood who is the Chapter Secretary and one of two Chapter active commercial airline pilots, the AFA317th has been an instrumental source of technical, inspirational and financial help to an outstanding group of students from the George T.Baker Aviation School who have a keen eye for aerospace.
At the 317th schedule lunch board / member meeting held on 11th March, the Miami-Homestead Chapter advised Mr. Sean Gagallan, Principle of George T. Baker Aviation School that the 317th shall be donating US$1,000.00 to the student for their first phase of the project. An event is being planned for the formal presentation of support to the school.
This marks the 317th as the first group in Miami to step up to the plate and establish a solid start to the students project.
The Chapter leadership has marked this as their first major community contribution since taking office last November and with many more to follow, as the 317th Miami-Homestead Chapter of the AFA takes the lead within the community. Another benefit to which the students at George T,Baker Aviation School will draw from comes from the Chapter Vice President Lt.Col Rodrigo "Rod" Huete USAF (Ret.) who was not only a USAF but also an FAA test pilot as well and whose experience in the concept of design and flight testing will be a plus to the students.
Posted by AFA-317th Public Affairs Office at Thursday, March 11, 2010